This year the Northeast Kingdom has already experienced abnormally hot temperatures accompanied by high humidity. In both May and June, residents were left trying to stay cool during these heatwaves however they could by finding buildings with air conditioning, going swimming and visiting creemee stands.

Hotter weather is something we’ve been experiencing more and more frequently. In fact, 2020 was the second-warmest year on record, and nine of the 10 warmest years on record have occurred since 2005, according to the National Oceanic and Atmospheric Alliance.

These hotter temperatures are a result of climate change.

“Climate change is the long-term impact on the air and water of the planet being caused by our introduction of certain gasses – greenhouse gasses – that are slowly warming up the planet and the oceans, and shifting the environment from its very stable position to a whole new arena that could become unstable, which would be an enormous threat to all living things,” said Dan Quinlan, Chairperson of the Vermont Climate and Health Alliance (VtCHA).

VtCHA is a group of health professionals concerned about climate change and its impacts, with a mission of using their expertise to inform the public and lawmakers about the effects of climate change on human and animal health.

“The U.S. is already seeing impacts of climate change: the forest fires, the heatwaves, the high-tide flooding,” Quinlan said. “It’s not a remote, next-century thing. It’s already happening and we need to get moving.”

In the extreme heat, like what we’ve already experienced twice this year, people can have difficulty breathing and suffer from heat-related illness including heat rashes, heat stroke and heat exhaustion. But climate change doesn’t just affect our summer temperatures, it affects our winters as well. Data from the Vermont Department of Health (VDH) shows that our winters are shorter, which Quinlan said impacts our insect population and our tourism industry.

Quinlan said NEK residents may be seeing a “tick infestation” due to warmer average temperatures, which can be extremely harmful to our animal populations. He said residents may have noticed a dwindling moose population, which scientists are attributing to increased numbers of ticks. A study conducted in 2017 – 2019 in Essex County found that winter ticks caused 74 percent of all mortalities in the moose population, according to the Vermont Department of Fish and Wildlife.

“People are starting to see what’s happening to the herds,” Quinlan said. He added that a thriving tick population puts people at greater risk of disease carried by ticks.

Winter temperatures are rising quickly in the northeast. According to the VtCHA website, the average temperature in Burlington has risen seven degrees Fahrenheit since 1970. Quinlan said Vermont is already starting to see the impacts of climate change on the ski industry, with shorter ski seasons, lower than average snow fall, and warmer days and colder nights, creating less than ideal ski conditions.

Warmer average temperatures will also have an impact on agriculture and food production, Quinlan said. Extreme differences between hot and cold temperatures are growing, he said, which will lead to more and heavier rain, which will increase the variability in the farming conditions that farmers will see.

Although Vermont may not be experiencing impacts of climate change as severely as other states, Quinlan said we are still seeing its impacts and we need to act quickly and do what we can to respond.

He explained that weatherizing your home significantly lowers energy costs, reduces greenhouse gas emissions, and can improve health and lower medical bills. He gave an example that weatherizing a home helps with issues such as mold and mildew and can provide cleaner air indoor air quality, which would create a healthier environment for someone with a respiratory condition.

When asked how NEK residents can help combat climate change, Quinlan said the first thing people can do is to contact your legislators.

“Phone calls and emails make a huge difference,” he said. “We have a lot of entities in the state who are working on these issues and they’re looking for public support.”

Looking to get started on weatherizing your house? HEAT Squad and The Vermont Low Income Trust for Electricity (VLITE) seek to help income eligible homeowners in the NEK save on their energy bills. More info available at heatsquad.org.

In the News at NVRH 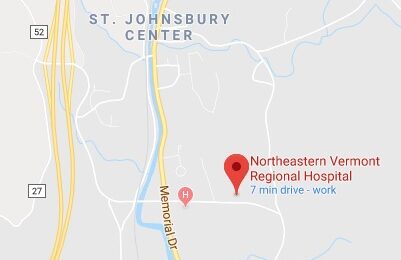